Garry joined Ardmore from BP Shipping in October 2014 where he had been sailing as a Marine Engineer for 11 years in various positions most recently as Second Engineer. Through his sea going career he has worked on VLCC’s, product tankers, LPG and LNG vessels and as a result has extensive experience with various Steam, Motor and Dual Fuel Diesel Electric Propulsion Systems. Garry holds a National Diploma in Marine and Plant Engineering from Cork Institute of Technology. Garry achieved his Certificate of competency as Chief Engineering Officer (Motor) and his Certificate of Competency as Second Engineering Officer (Steam) From the National Maritime College of Ireland. 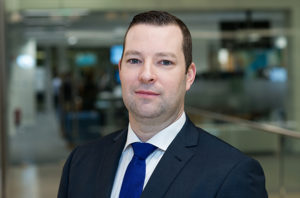