Georgina joined Ardmore in January 2014 after 14 years at sea. Georgina began her seagoing career with Andrew Weir Shipping sailing on a variety of vessels. In 2005 she moved to BP, which provided extensive experience on a variety of tankers. In 2011 Georgina moved to the offshore sector working as Chief Officer and SDPO on BP’s North Sea platform supply vessels and the shuttle tanker Loch Rannoch. This provided extensive experience in the health, safety and procedural requirements of oil majors combined with the demands of working in rapidly changing and often harsh environmental conditions. Georgina completed a BSc (HONS) degree in Maritime Studies at Cardiff University. She holds a HND in Nautical Science and Diploma in Merchant Vessel Operations, and an unlimited Master Mariners certificate of competency. In 2016 Georgina completed a Postgraduate Diploma in Marine Insurance. 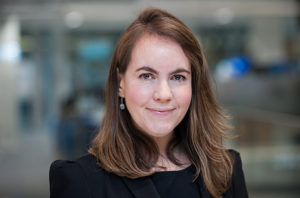