Gernot Ruppelt is Ardmore’s Chief Commercial Officer and Senior Vice President. Mr. Ruppelt has overseen Ardmore’s commercial activities since joining as Chartering Director in 2013 and was promoted to his current position in December 2014. Mr. Ruppelt has extensive commercial and management experience in the maritime industry. Prior to Ardmore he was a Projects Broker with Poten & Partners in New York for five years and, in the seven years prior, he held various positions up to Trade Manager for Maersk in the USA, Denmark, Singapore and Germany. Currently, Mr. Ruppelt is on the Board of Anglo Ardmore Ship Management Ltd., is Chair of INTERTANKO’s Commercial and Markets Committee and represents Ardmore at the INTERTANKO Council. He is currently pursuing a Global Executive MBA with INSEAD, is a graduate of Hamburg Shipping School and completed the management program ‘Maersk International Shipping Education’. He is also a member of the Institute of Chartered Shipbrokers in London. 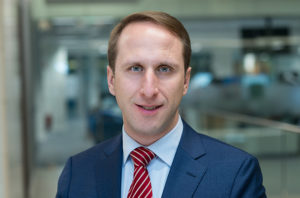